All of our Yesterdays. 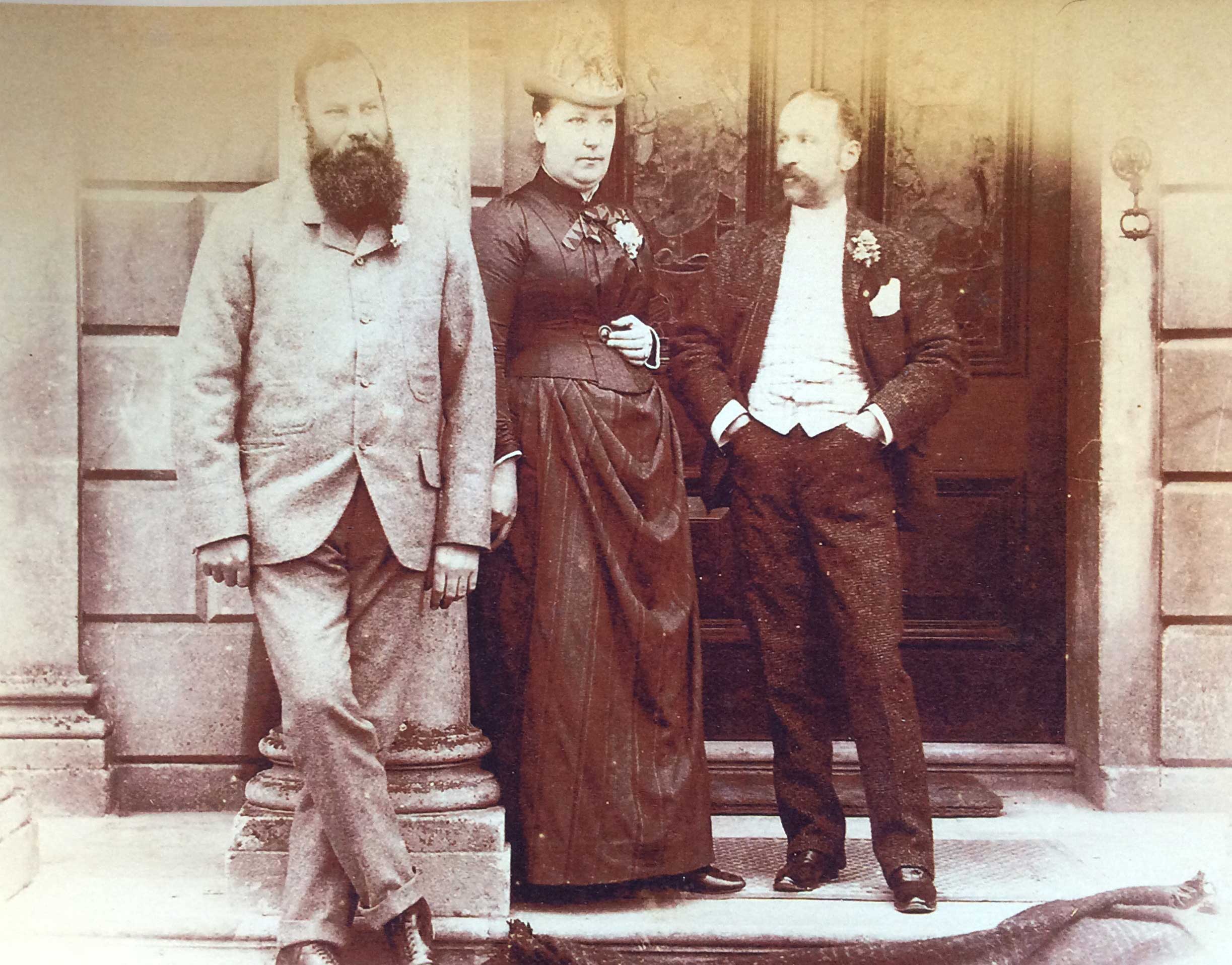 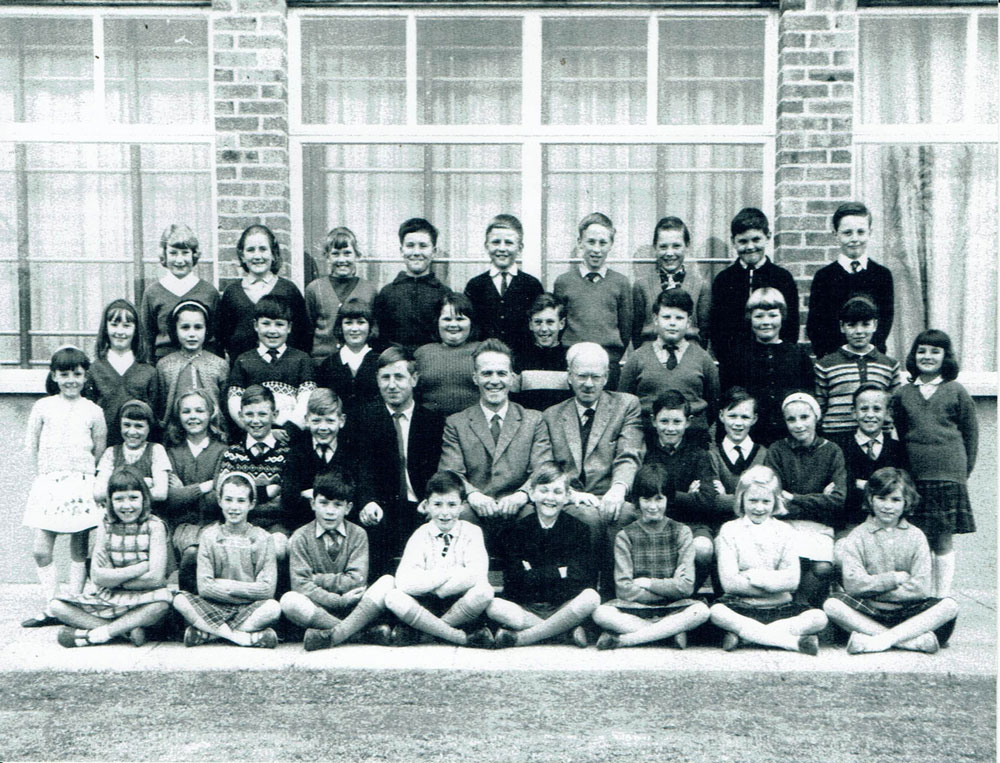 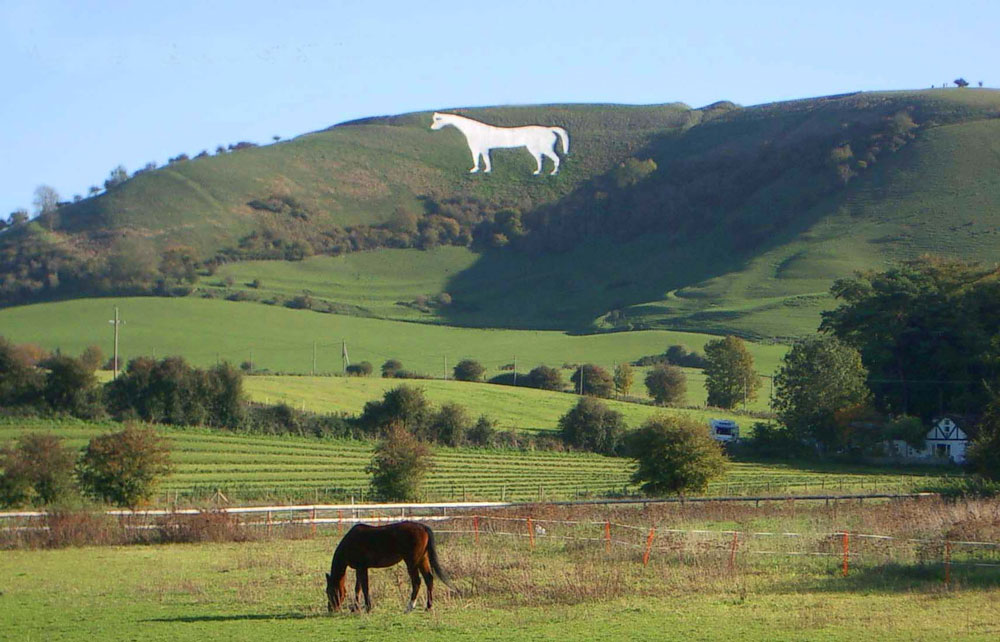 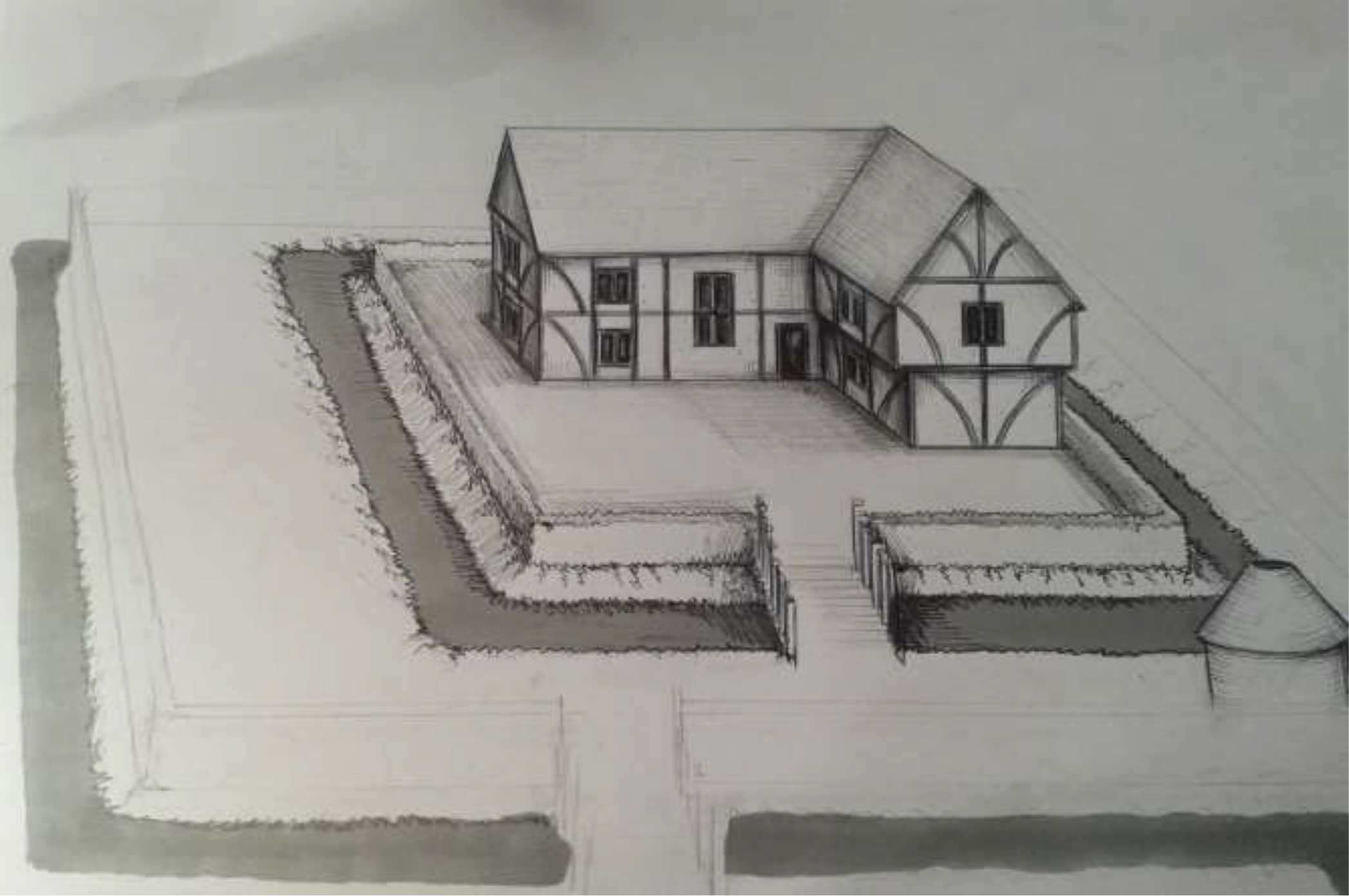 The ancient parish of Westbury was one of the largest in Wiltshire. Its 10,000 acres ran from Heywood to Dilton and from Chapmanslade to Bratton. The town was located in the centre. It lies on the exposed edge of the Upper Greensand strata which runs underneath the chalk uplands of Salisbury Plain. The rising of several springs, notably Bitham and Wellhead, provides a good supply of water and influenced the location of the settlement here.

The earliest artefacts found in Westbury have been stray finds, near Matravers School, in Station Road and at the Ham from the Stone Age (4,000-1,800 B.C.). They suggest transient movement rather than permanent occupation and may have been as a result of woodland clearance for animal grazing. Evidence of occupation sites from the Iron Age and Romano-British periods (600 B.C.-440 A.D.), such as a pottery kiln site at Wellhead, used by the Saxons, villa sites at Chalcot and Storridge plus many finds at the Ham and burials at Bitham Park, all surround the town itself which remains something of an archaeological ‘black hole’ for the pre-Saxon period.

An important early route ran along the spring line in King Chalcot, Short Street, Wellhead and Bratton (near the A3098 and B3098). Another went from Wellhead to Storridge along the route of the present Eden Vale Road and Station Road. A way from Bratton Hill fort to the Ham along Beggars Knoll into Newtown appears to take a sharp bend in Alfred Street before reappearing the other side of West End, represented now by a series of footpaths running parallel to the east of Station Road joining it near the Avoiding line bridge. The deviation may be due to the siting of Westbury Church which, like the town, has Saxon origins.

Its name derives from West Burgh, presumably the fortified place in the west of the county. However, although no evidence of a defended Saxon site has been found it may have been fortified by timber, plentiful in the Selwood Forest which covered much of the north-west of the parish, which has left no archaeological footprint, unlike an earthwork.

In 1086 the Domesday Book, the earliest documentary reference to Westbury, describes an estate of about 5,000 acres, previously held by Edith, wife of the Saxon King Edward the Confessor, but now William I. Its population was probably in the region of 600, including 9 beekeepers (the only ones in Domesday Wiltshire), 29 pigmen and an unspecified number of potters. This suggests a well-developed estate making good use of the natural resources. Pigs fed on woodland vegetation and potters required clay and wood for firing kilns.

The medieval town developed in the areas now bounded by West End, Edward Street, Bratton Road and Alfred Street. A borough was established to create a trading centre based on a weekly market and annual fair granted in 1252 and added to in 1291. It was supported by the rents of properties called burgages whose occupants enjoyed trading privileges in the market. A Borough Court was meeting by the mid 15th century and from 1448 representatives took their seat in Parliament: two until 1832, then one until 1885. Westbury’s position as the only parliamentary borough in West Wiltshire is reflected today in the parliamentary constituency being named after it. The institutions of Mayor and corporation appear by the late 16th century but never developed beyond conducting parliamentary elections, participation in which was restricted to the occupiers of the burgages, 61 in 1770.

The borough was unusual in comprising three separate blocks; the main being the Market Square along its eastern and southern sides running out to include Fore Street, Trowbridge Road, Frogmore Road, West End as far as Doggetts Lane on the north side, Edward Street on the south side, and Maristow Street, excluding the side of the corner with Edward Street. The alley between 15 and 17 Maristow Street than ran into the churchyard and formed a boundary of the borough.

Another area known as the Knoll in 1835 lay between Springhill and Church Street and included the site of the swimming baths, on which Jonah Doel, town crier, occupied a house in 1851. The third block was a finger of land, the south side of Eden Vale Road from Springfield Road including the workhouse and extending on to take in 60-80 Eden Vale Road, which are its surviving burgages.

The reason for there being these separate blocks stems from the complicated division of the manor of Westbury into several lesser estates, each entitled to enjoy the benefits of borough status. Ownership of the burgages meant control of the votes at parliamentary elections. As a result of the sale of the manor and borough by the Earl of Abingdon, ultimately to Sir Manasseh Lopes in 1810, political power passed over as well. Lopes paid £75,000 but he also incurred the expense of rebuilding most of the 61 burgages which were largely derelict because residency was a necessary qualification for tenants who were made freeholders for an hour in order to vote. In 1885 the borough was disenfranchised and abolished, the only survivor being the office of Mayor.

Ecclesiastically Westbury was, until the mid 19th century, a ‘peculiar’ parish, unusual in that instead of being under the jurisdiction of the Bishop of Salisbury it was managed first by the precentor or chantor of Salisbury Cathedral who was overseen by the Dean of the Cathedral. The manor of Westbury Chantry was vested in the precentor. Part of its manor house survives as the medieval part of the offices of Pinniger Finch, Solicitors, in Church Street. Just up the street Little Chantry was the farmhouse of the manor; its yard, once used by a coal and builders’ merchant, was recently redeveloped to provide sheltered accommodation.

Westbury was an important centre in the production of high-quality cloths for which the west of England was renowned throughout the world. Originally a cottage industry the weavers brought their cloth to the clothiers’ workshops for the finishing processes. Fulling, the cleaning and thickening by locating and washing, was the first process to be industrialised and there is documentary evidence of fulling mills at Bitham in 1573 and Chalford in 1623. John Leland noted the importance of the industry in the town in the mid 16th century. The town prospered as a result until the mid 19th century when more cheaply produced lower grade cloths from northern England provided competition. Angel Mill and Bitham Mill, however, continued in operation until 1969. The legacy of the industry can be seen in the mill buildings now converted to private accommodation. It is also evident in the munificence of the Laverton family of clothiers in providing the Laverton Institute (1873), the Public Baths (1887) and Prospect Square (1869), constructed to re-house supporters who had been evicted by Laverton’s political opponent, J.L. Phipps, but with seven almshouses for former clothworkers at the top of the square. The present Laverton almshouses are located beside Westbury Churchyard.

In 1826 William Cobbett recorded Westbury’s decline, writing about cloth mills that seemed ‘ready to tumble down as well as many of the houses’. The town’s fortunes were revived following this decline, noted by Cobbett, both indirectly and directly by the arrival of the railway in 1848. The line crossed land sufficiently rich in iron ore to make extraction and processing on the spot feasible. Trains could bring in the necessary coal for smelting and take away the prepared iron. The open cast mining left the lakes below the Ham known as “the mineholes” and tunnels for the tramway under Station Road and Hawkeridge Road.

The railway brought economic benefits to the town in its own right but why was the station placed so far from it? Many have believed up to recent times that the town were represented by the Laverton family who wished to keep this development at arm’s length. However, a much more practical reason can be found. The original line was the branch from the main London to Bristol route through Trowbridge and Westbury and onto Salisbury with a branch to Frome and Weymouth. The railway engineers needed easy gradients and the minimum number of earthworks. The line could not have come closer to the town without causing major difficulties in tackling the rise to Upton Scudamore on its way to Warminster. The direct line from London to Westbury and onto Taunton was not built until 1901. If it had been the first route Station Road might have been a much shorter road.

The pattern of employment in Westbury has changed considerably in the last hundred years. The traditional industries of woollen manufacturing, gloving and iron ore production have been replaced by light engineering and on the West Wilts Trading Estate and the Blue Circle Cement Works. Most resident wage earners, however, work outside, notably in service industries in Trowbridge or further afield.