Skip to content
How Great was Alfred the Great?

How Great was Alfred the Great?. 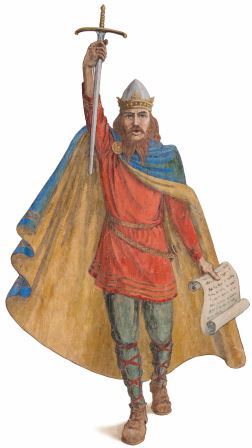 It’s a “great” question! Come along to our talk on Tuesday, 28th June to find out.

We welcome Martyn Whittock who will be looking back to the sixteenth century when interest in Anglo-Saxon England grew and the title “Great” was first applied to King Alfred. Later nineteenth century Victorian writers emphasised his role as a Christian gentleman-warrior who defeated the heathen Vikings, a champion of Anglo-Saxon virtues, a builder of the navy and proponent of education and the liberal arts.

Today’s assessments are more critical and the Vikings are seen more as traders and contributors to English culture rather than the feared warriors usually depicted in history.

Martyn Whittock is a writer and columnist who taught secondary school history for 35 years, before retiring in 2016 to devote more time to writing. He is the author of 54 books including a number focused on the Vikings.

The talk starts at 7.30 pm in the Methodist Church, Station Road and entry (on the door) is £4.